CROpto
CROPS OF THE FUTURE

Genome editing via engineered designer nucleases – enzymes that have the ability to specifically cleave nucleic acids – has revolutionized the possibilities for plant breeding. These techniques bring the development of crops with optimized characteristics into target reach. A key remaining obstacle for the success of these applications is the efficient transfer of these molecular tools into plant cells. Laser-based techniques are efficient and safe tools for the delivery of biomolecules to cells. However, they have so far not been explored for genome editing in plant cells. This project aims to develop an innovative laser-based optoporation approach for delivery of CRISPR/Cas9 ribonucleoprotein-complexes (consist of a nuclease and a sequence specific guiding RNA) through the permeabilized cell membrane into cell wall deficient potato protoplasts. This process will allow a vector free and DNA free genome editing of different DNA sequences in individual cells facilitating a systematic screening of genotypes from individual offspring.

The laser-based delivery method provides unmatched safety for the genome editing process. Due to the touch-free and physical permeabilization of the protoplasts, the risk of toxic side effects by chemicals can be avoided. In addition, no transgenic DNA (e.g. T-DNA or viral replicons) is introduced into the protoplasts which should alleviate the regulatory aspects of such produced crops.

During this project, robust protocols for potato protoplast generation, their laser-based genome editing, and for the consecutive regeneration of whole plants from protoplasts will be generated.

This project will be conducted as a corporation between the Industrial and Biomedical Optics Department of the Laser Zentrum Hannover e.V. (LZH) and the Institute of Plant Genetics of the Leibniz University Hannover (LUH) as partners. Every partner will bring his expertise from his own field of work. The Institute of Plant Genetics will draft and synthesize the CRISPR/Cas9 ribonucleoprotein-complexes, generate the protoplasts, screen the genotypes and regenerate the potato plants. The parameter optimization for the optoporation of the protoplast’s cell membrane will be carried out by the LZH. The key factors in this analysis will be cell viability and the efficiency with which the CRISPR/Cas9 ribonucleoprotein-complexes enter the cells. The results will be used to automatize and miniaturize the laser-based technique and as a consequence large sample sizes of individual protoplasts can be delivered. A technical demonstrator will be developed, which allows conduction of this technique in end-user laboratories.

During the first project phase, a protocol for the isolation of potato protoplasts was established and the regeneration of whole plants was demonstrated. Furthermore, the Leibniz University Hannover developed reporter constructs which allow detection with the bare eye of successful genome editing by delivery of CRISPR/Cas9 ribonucleoprotein-complexes. This technique relies on the use of reporter genes, which are coding for the proteins β-Glucuronidase (GUS) or GFP. Both genes show out-of-reading-frame mutations and have to be cleaved at a specific designed target site by the CRISPR/Cas9 ribonucleoprotein-complexes to produce the operational gen product. These techniques enable one to identify edited potato cells by the blue dye or the green fluorescence. Another step during this phase was accomplished by developing sequence specific mediating single guided RNAs (sgRNA). Each of these sgRNAs bind to one of the four different genes in the glycoalkaloid metabolic pathway of the potato protoplast. Due to this process it is possible to minimalize the concentration of distinct toxic secondary metabolites (solanine) in the plant, because they can no longer be synthesized.

In parallel, the LZH investigated the effect of the laser-based delivery technique on the protoplasts using a resazurin-based assay to quantify the viability. This assay measures the metabolic activity and reduction potential as an indicator for the viability of the protoplasts. Because the GNOME-technology depends on gold nanoparticles to make the cell membrane permeable, several methods were used to increase the binding of the particles to the surface of the protoplasts. One example of such an approach is the use of a binding protein (lectine) and linker molecules. Concurrently with the establishment of the experimental protocols, the design and construction of the technical demonstrator was pursued. This device is going to be used in future lab work. 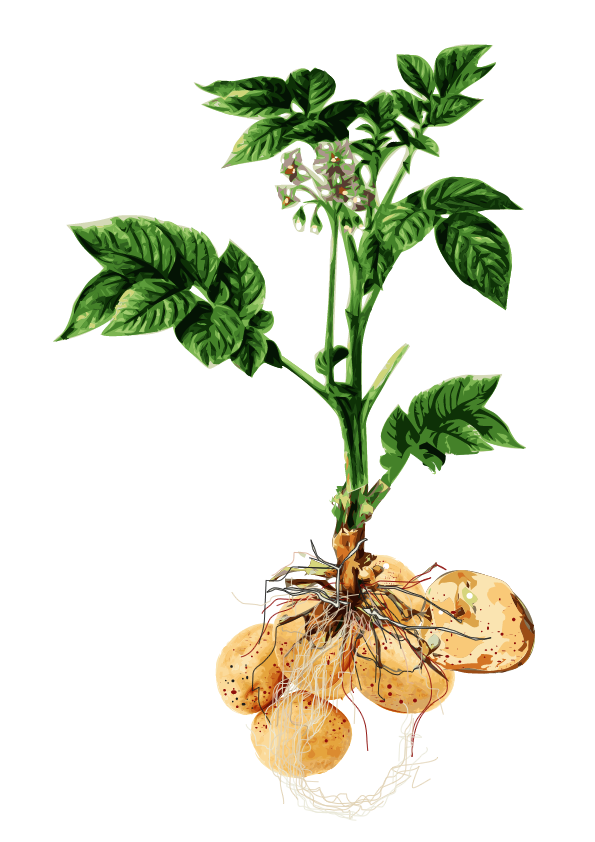